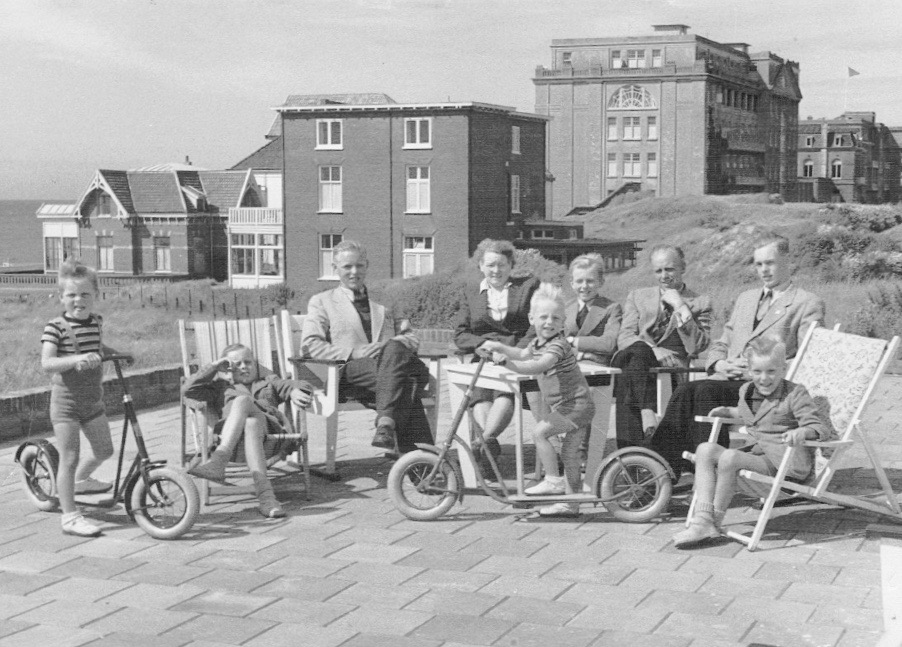 Piet van der Zalm and Willy van den Berg got to know each other in 1932. Piet was the son of a bulb farmer and Willy was the daughter of a grocer. They married in 1934 and had 7 sons together. Willy started running a hotel whilst Piet worked out on the land, on “t weitje” at Offem, which is now known as the Hoffennepark. She has always been involved with the hotel industry. She ran Guest House Dalrust for many years, which is also where her 2 youngest sons Ton and Jan were born. Wil was born on the Rembrandweg in a house called “De Panne”. They arranged to have Hotel Zeezicht built in 1952 with 19 hotel rooms, on top of a dune top, which was Pickéweg 20 at the time. The family van der Zalm lived down in the cellar. It was pleasantly warm down there during the winter months. The storm of 1953 blew the entire roof off the hotel.

The hotel was subject to regular renovations or additions. The building was once again renewed in 1961. “A quiet family hotel – beautiful environment – hot and cold running water – central heating …”

The hotel was a huge success and it didn’t take long for Piet to decide to build a bungalow on the piece of land in front of the hotel, making sure no one could position a large hotel here. That was in 1958. Piet and Willy lived in the hotel and rented the bungalow out to, for example, De Baak’s Director.

Their son Wil was involved with the business from a very young age. He met Ineke Turenhout in 1963 whilst enjoying a night out in Noordwijk. They got married and ran the business together. It became a successful hotel, where plenty of parties were organised too. Willy sadly died in 1964. Piet didn’t stay on his own for long and got to know his second wife via a contact advertisement. They married in 1968.

Wil had some grand plans for turning the hotel rooms into holiday apartments. The first 8 apartments were realised in 1968/’69. Father Piet was there to see the first new apartments, but unfortunately died before seeing the completed renovations. The building was modernised little by little and Zeemotel Zeezicht opened its doors with 32 luxury apartments in 1974.

Zeezicht has been a real family business right from the very start. Wil took over the business, but his brothers Cees and Jan continued working at the hotel for a long time too. Brother Leo helped during the summer holidays, as he had been living in Amsterdam for his studies from 1964. At a later stage Wil started working together with his brother-in-law Frans, Ineke’s brother. And Ineke’s mother and sister were also a regular feature in the kitchen, for example to help with peeling the potatoes.

Wil also launched the first beach pavilion “De Fuik” at the southern boulevard in 1977. It was referred to as “Losses of 78” after the summer of 1978 had been a dreadful season. Later on it became “Zat & Ko”, Zalm Turenhout and Koos (father Turenhout). He did this together with his brother Jan and brother-in-law Frans. But Ineke’s dad was certainly always there for handyman services. Brother Jan launched restaurant De Zeester in Zeezicht at a later stage. Son Wilko took responsibility for the beach pavilion together with a few friends. It was purely a collection service at that time. The pavilion sold cheese, ham and egg sandwiches and burgers and soft drinks too. Once Jan had stopped with the restaurant in the hotel and after he had run restaurant Fruits de Mer at the Parallel Boulevard, he decided to take over the beach pavilion and called it “De Zeester” again, which is now being run by his son Jeroen.

Wilko really worked in the business his entire life. He took responsibility for running Zeezicht after the beach pavilion. Initially together with his father Wil and soon afterwards by himself. He and Patty officially took over in 1999. It was once again time for a change after a number of years. This time it was even bigger than he had ever attempted before.

Zeezicht has always been a cosy family hotel for its guests. The guests were always warmly welcomed and regularly had their picture taken with Willy and Piet.

During the summer months there were many families who would come to stay in Zeezicht every year, during the same week, in the same apartment and with the same other guests. Their children would also go on to have children, who would also make friends at the hotel again. Table tennis, barbecues, the swimming pool … the children always had the time of their lives. This resulted in many families from different parts of the Netherlands and Germany really getting to know each other and many are still in touch to this day. 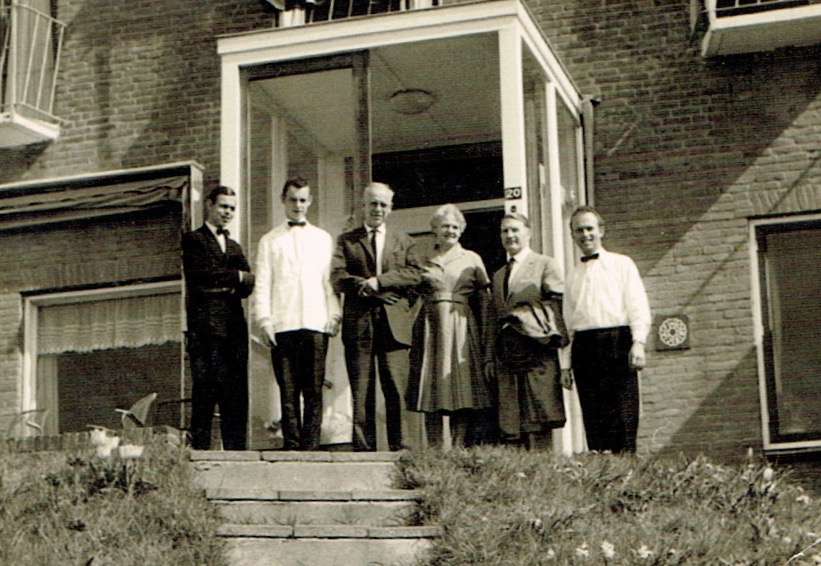